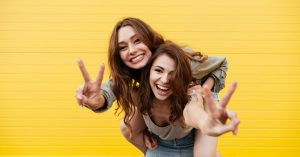 Did you know, mental health problems are often more common in women than they are in men? In fact, the Mayo Clinic states “about twice as many women as men experience depression.”

Factors for depression include normal monthly hormonal changes, but can also be an inherited trait, a separate biological issue, personal life circumstances, or specific life experiences.

In the 21st century, it’s still relatively taboo to openly discuss mental health struggles, especially in men. Research says, “one in three people experience a mood, anxiety, or physical disorder of some kind, but women are much more likely than men to report these complaints.” It also states, “Half of all chronic mental illnesses begin by age 14.”

The Debate Over Abortion And Mental Health

Abortion and its effects on women and society as a whole have been hotly debated for decades in America. Those who support abortion may argue that women are not affected mentally in a negative way by abortion. They say most women feel relief and freedom afterward. Those who are anti-abortion tend to argue that women are mentally and emotionally affected in a negative way by abortion, sometimes for life.

Are Women Affected Emotionally And Mentally By Abortion?

According to the National Institute of Health (NIH), women with a history of abortion do experience “elevated rates of mental illness” compared to women who haven’t had an abortion. Some women, particularly those who’ve struggled with mental illness before their abortion, are at the greatest risk for mental health problems afterward.

In another study from 2013, the NIH states, “fetal loss seems to expose women to a higher risk for mental disorders than childbirth; some studies show that abortion can be considered a more relevant risk factor than miscarriage.” This study concluded there was definitely a need for more research.

The American Psychological Association’s (APA) Task Force on Mental Health and Abortion (TFMHA) concluded that “it is clear that some women do experience sadness, grief, and feelings of loss following termination of a pregnancy, and some experience clinically significant disorders, including depression and anxiety.”Are you considering abortion?

If you’ve discovered you’re unexpectedly pregnant, you may be considering abortion. Before making your decision, you need to understand the possible physical and emotional side effects and risks. You want to make a confident and empowered decision, and we want to help you.

Whether you’ve experienced an abortion or are considering one, schedule a free and confidential appointment with Liberty Women’s Clinic today. If you’d like to speak to someone after hours, we have a 24-hour chatline. You don’t have to make this decision on your own. We’re here to help you.

This information is intended for general educational purposes only and should not be relied upon as a substitute for professional counseling and/or medical advice.

They listen and are incredibly supportive.

Everyone was so nice...please don’t change anything.

Everything said/done was helpful and informative to me!

They understood and did not judge. You guys are truly the best...thank you.

How nice and understanding everyone is. There isn’t anything that comes to my mind needing to be changed. Thank you for getting me in as a walk-in!

I think everything is set up perfect! Glad I came here

My nurse calmed me down and smoothed it over.

They don’t judge and genuinely care.

You will never have this day again, so make it count.